For the past few months or so, I’ve been tracking reports that suggest that Google Search Console is not properly tracking clicks and impressions from the local pack. This first came up in September and after numerous requests from SEOs, I have not seen a serious reply from Google on the matter, not yet at least.

Joy Hawkins, a respected local SEO, posted the issue both on Twitter in her Local Search Forum back in September. She wrote, “Local SEOs if you are using Search Console to track activity from the 3-pack you could be looking at some seriously wrong data.” She showed how Google Search Console was out right missing data.

In her first test, on September 6, 2022, she asked several colleagues and friends to search [Google Maps SEO companies near Uxbridge Ontario], then to click on Sterling Sky’s name in the local three-pack and then click the website icon to go to our website from there.

She then shared these analytics, this one from the Google Business Profile performance stats and showing clicks: 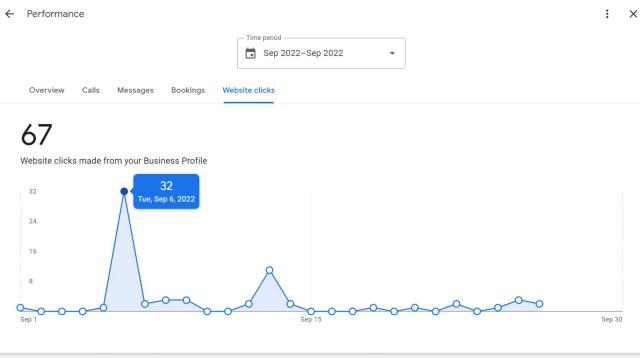 Google Analytics she showed also picked up on the traffic:

But Google Search Console did not: 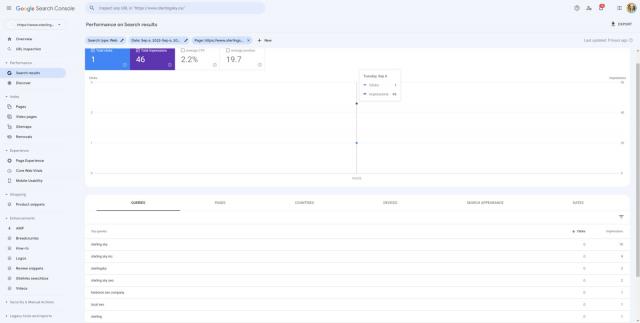 She did this test several times, all with the same result.

She wrote, “Based on what I saw here, it looks like a huge amount of traffic from the Google Business Profile from mobile is completely missing in Search Console, and some data from desktop. I believe one possible reason for this is that when you click on a listing in the 3-pack on mobile, you get a URL string that says Google/local services/profile whereas on a computer, you get Google/search.”

Then she tried to get some answers from Google on this topic but it kind of didn’t happen.

Patrick Stox, who is not a Googler, but is good with these data issues, wrote on Twitter:

At least with a quick look that’s still my best guess. The data-ved and the ping probably send data to systems like GSC and are missing.

John Mueller from Google did chime in a bit:

I was just looking at this again and I see the tracking there now, where it was missing before. I’d be curious what happens if you re-run your test @JoyanneHawkins. pic.twitter.com/rkCSzx5TYy

So did Daniel Waisberg from Google:

A month or so later, the issue was still there:

Just following up here, I did another test on the 18th (on mobile) and none of those clicks are showing up still. The only clicks SC shows from that day on mobile are branded searches, which isn’t what I told people to search + click on. pic.twitter.com/RYmXblGbhE

Then two months later, still nothing:

As far as I know, it’s still broken and Search Console is not tracking tons of clicks that happen in the local pack.

So I figured, maybe highlight it here to see if any of you know more about this or maybe Google can reply after the holidays?